Pigging of non-metallic pipelines is often overlooked as corrosion issues are not present, however, production issues still remain. Non-metallic systems are still susceptible to liquid loading and solids deposition such as wax. 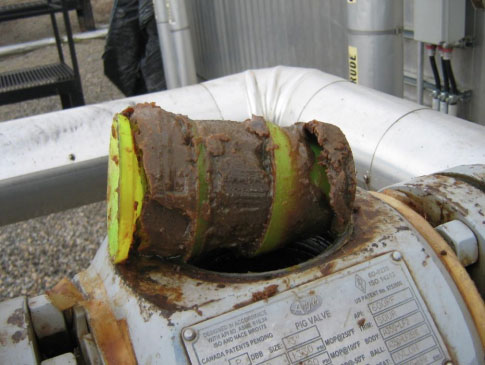 There are many kinds of non-metallic pipe ranging from tite-fit liners to stand alone fiberglass and HDPE or spoolable composites. All of these pipe systems have individual design features that need to be considered when selecting a pig for the system.

Non-metallic systems must be looked at and treated separately from steel pipelines. The ID’s tend to be much smaller in non-metallics and there are often ID changes either where the line pipe is joined to above ground piping, risers, midline transition fittings or thermal welds.

Foam pigs are able to squeeze through large restrictions and therefore are not very aggressive, as they will often squeeze over what they are to remove. If there is enough resistance from a large quantity of deposit or large static head of liquid, the pig will squeeze past. The low cost of foam pigs can be misleading as foam pigs have a very short life span compared to urethane pigs due to the nature their construction.

Harder density foam pigs are available but do not increase the life to that of a urethane scraper pig and are not as capable of negotiating ID restrictions as a soft foam pig. Foam pigs also tend to come apart in the pipeline and can cause issues in downstream process equipment which can be costly to the producer. 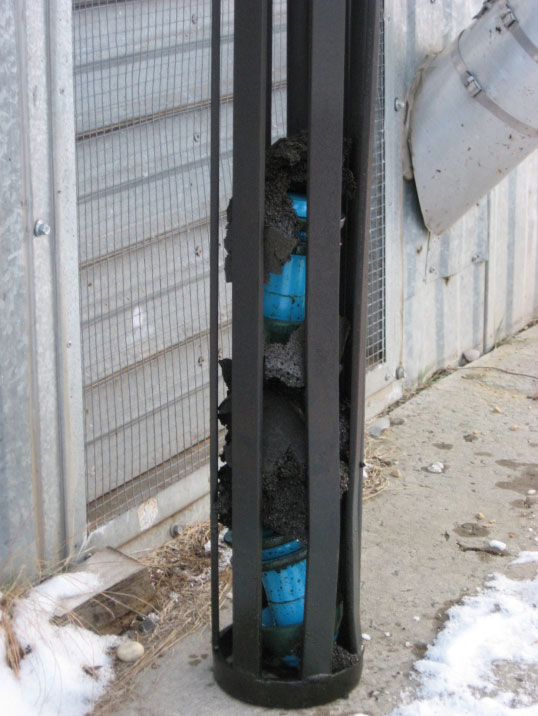 An effective scraping pig must have enough interference fit to be able to seal and scrape in the buried line pipe but pass through the risers, connectors and other restrictions.

Purpose built pigs for non-metallic lines are different from pigs designed for steel pipe applications. When pigging non-metallic lines, we do not want to aggressively scrape the pipe wall we want to sweep the liquids and solids from the system. This is accomplished by using a pig with design features built into it that allow it to negotiate ID changes while still being able to carry liquids and solids. Softer materials can also be used to accommodate low pressure issues. These specialty pigs outlast and outperform foam pigs which allow production rates to stay as high as possible with a cost effective aggressive pigging program.